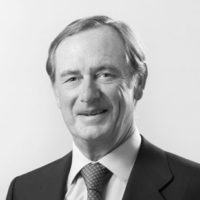 Claudio Aguirre, Chairman, Founding Partner and Co-CEO of Altamar Capital Partners, has developed a long professional career (more than 24 years) in “Corporate Finance” before founding Altamar. During that time, Claudio was the country manager for Spain at The Chase Manhattan Bank and Goldman Sachs Investment Banking (14 years from 1980 to 1994).
From 1994 to 2003, Claudio was Head of “Investment Banking” and “Private Wealth Services” for Europe, Middle East and Africa (EMEA) at Merril Lynch. As Head of Merril Lynch for EMEA, Claudio was responsible for the private equity activities in that region.

In addition to this, Claudio led the privatization and IPO processes that took place in Spain during the 1990s for companies such as Telefonica, Repsol and Endesa which made him create a professional network among businessmen in Europe and the USA.

Claudio Aguirre holds a Bachelor’s degree in Economics and Business Administrations from Universidad Complutense de Madrid, an MBA from the Instituto deEmpresa de Madrid, he is an AMP Graduate of Harvard Business School. He is a Registered Representative in the Financial Services Authority “FSA” of the United Kingdom, and Series 7 and Series 63 Representative of the National Association of Securities Dealers (“NASD”) in New York. Claudio is currently Member of the International Advisory Board of Goldman Sachs & Co.